This Is Why We Ride: Motorcycling Psychology 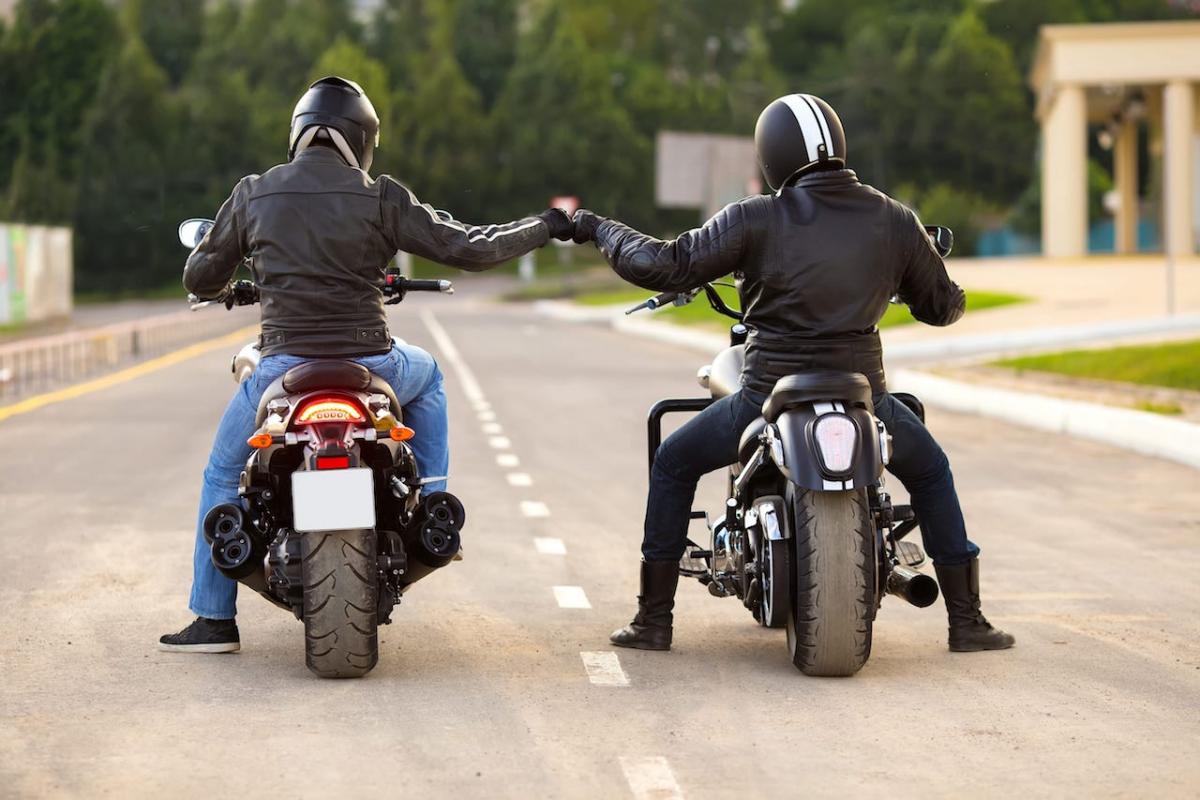 It seems the population of the biker community is growing with each passing day. Already consisting of millions of people across the globe, it’s constantly gaining new members. Why is that the case, though? Why does the world of motorcycles call to so many people?

As it turns out, people have several motivations for riding. Some are conscious lines of reasoning whereas others exist on more of a subconscious level. With that in mind, let’s take a look at some of the reasons behind the ever-growing fascination with motorcycles and the riding lifestyle as a whole.

People are under more stress nowadays than ever before according to a recent report from the American Psychological Association. Although the latest write-ups point to the pandemic as a significant source of stress, it’s only one factor to consider. Other causes of mounting mental strain include political issues, financial worries, uncertainty of the future, social concerns, relationship difficulties, and many others.

Stress is known to cause numerous problems. It greatly increases the risks of anxiety and depression. It can also lead to a lack of concentration, loss of appetite, overeating, insomnia, fatigue, and irritability. At the same time, surging stress levels have been found to cause severe headaches, increased muscle tension, chest pains, and digestive issues.

On top of all that, stress can bring about high blood pressure and weakened immunity. Those issues alone can pave the way for a long list of additional health issues. Additionally, when we’re stressed, our bodies produce exorbitant amounts of cortisol, which is infamous for its ability to cause weight gain. In short, stress causes numerous issues, and those issues can raise stress levels even further. It’s a vicious cycle.

Simply going for a long drive can help reduce stress. Taking a long walk may aid in managing stress and its many effects as well. Of course, riding a motorcycle can take those benefits to entirely new heights. Riding motorcycles to help alleviate stress is known as wind therapy, and hundreds of thousands of bikers will testify to its effectiveness. Many have even pointed out that it’s more powerful than seeing a therapist and taking prescription medications.

Owning a motorcycle gives you a great deal of power and freedom. Few experiences compare to the feeling of the wind in your face and the sun on your back as you zip through traffic or along winding mountain roads. You can see the sights of the city on an up-close and personal level. On the other hand, you can park along a scenic mountain route and look down at the cities below with no barriers between you and the incredible view.

When you ride, it feels like you have no limitations. You can go where you want without necessarily having to plan ahead. Many bikers mention that the bike often seems to choose where you go. It’s almost a magical experience that you just won’t get from a car or RV.

Motorcycles can take us places we might not otherwise go. Riding also somehow makes you feel impossibly small and larger than life at the same time. It’s an incomparable feeling that gives you an entirely new lease on life.

This applies on both emotional and physical levels. While you certainly have to concentrate on controlling the bike and watching what other drivers around you are doing, there’s still more of a sense of freedom and peace of mind than you have in a passenger vehicle. It’s a matter of self-fulfillment, transcending traditional boundaries, and empowering yourself. Though this may sound silly to some people, those who ride fully understand.

From the physical perspective, motorcycles can, literally, go where other vehicles can’t. Some can handle narrow, treacherous roads you wouldn’t even think about traveling in a car or motorhome.

Because of their small size, bikes can navigate through traffic jams and other hazards unlike any other type of vehicle. You’re not even bound by standard parking spaces when you’re on a bike. What better way to travel?

Numerous types of motorcycles are on the market at this point. No matter what your skill level, preferences, budget, or lifestyle may be, there’s a bike out there that’s sure to suit your needs. Passenger vehicles just can’t hold a candle to that level of versatility.

Several additional subcategories of bikes are available as well. Checking out customer reviews will help you decide just which type of bike is right for you and which dealer can best meet your needs. You’re bound to find one that caters to all your expectations.

Yet another reason so many people are drawn to the biker lifestyle is the sense of community and brotherhood that comes along with it. Despite the many misconceptions floating around, bikers are among the friendliest, kindest, and most incredible people you’ll ever meet. They have big hearts, and they’re not afraid to show it.

Even if you’re new to the biker community, you’ll be welcomed by your fellow riders with open arms. There’s really no sense of separate cliques in the world of motorcycles. No one is better than anyone else. Your riding skills, income, profession, background, and other elements don’t matter the way they seem to in other areas of life. If you’re a biker, you’re an equal among your brothers and sisters in the community.

Did your bike break down on the side of the road? Fellow bikers will stop to help. That’s certainly something you can’t say about cagers. If you break down in a car or truck, you could sit stranded along the road for hours without anyone troubling themselves to offer assistance. Are you having trouble getting through a busy intersection? Your biker brothers and sisters have a solution for that, and they’re not afraid to use it. That’s only a small piece of the bigger picture.

Imagine you’re riding alone and happen to stumble upon a group of complete strangers taking their motorcycles for a spin. All you have to do is fall in line with them, and you’ll feel the aura of welcoming and fellowship. If you start following a cluster of passenger vehicles in your truck or minivan, you’re more likely to be arrested for stalking than accepted as part of the group. This is also true if you try to blend in with a group of strangers on foot.

Riding and motorcycle clubs are known to be passionate about certain charities as well. They organize fundraisers, charity rides, and many other events to help out the causes that are close to their hearts. From helping the less fortunate to raising money for children’s hospitals and cancer patients, bikers don’t hesitate to step in where their influence can make a difference. If you fall on hard times, chances are your biker brothers and sisters will be on hand to help.

Studies have proven that strong social connections can have a major positive impact on our physical, mental, and emotional health. They’ll ward off illnesses, anxiety, depression, and many other issues. You won’t find a tighter bond than the one among members of the biker community, and it’ll do a world of good for your health and well-being.

Discover Your Own Reasons for Riding

Those are some of the main reasons people ride motorcycles, but they’re not the only ones by far. Motorcycles are the only street-legal vehicles that allow you to enjoy all the benefits of spending time outdoors even while you’re heading to a destination. They can help eliminate much of the stress that comes from dealing with traffic in passenger vehicles as well.

For some riders, it’s all about the thrills of hitting the ton on a straightaway and wearing out the chicken straps on twisties. For others, it’s a matter of the satisfaction they get from saving money at the gas pump and leaving less of a footprint on the environment. No matter what your reasons for riding may be, you’re sure to notice a positive difference in your health and well-being. You’ll probably even come up with a few unique motivations of your own, too.