Should You Buy A New Or Used Motorcylce? 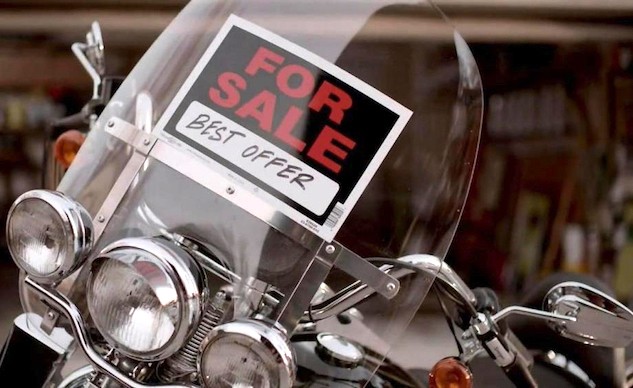 Record-breaking numbers of people are buying motorcycles these days. In fact, the number of American households that own at least one bike has surged by more than 1.5 million just over the last four years. This upward trend is expected to hold steady and may even gain steam during the years to come. It seems that for many people, the question is no longer whether to buy a motorcycle. Instead, people are simply asking, “Is it better to buy a new or used motorcycle?”

In many cases, buying a used motorcycle is the best way to go. While some people insist you can’t beat the look, feel, and even the smell of a new motorcycle, going with a new model certainly has its disadvantages. If you’re wondering is it better to buy a new or used motorcycle, consider the benefits of taking the used route before making a purchase.

Let’s start with the most basic line of reasoning: used motorcycles are less expensive than new ones. It’s just a simple rule of thumb. No one is going to pay the straight-off-the-assembly-line price for a bike that’s been ridden. While many motorcycle owners may strive to sell their used bikes at nearly new prices, they quickly learn that buyers aren’t willing to meet those aspirations.

Keep in mind, purchasing a used motorcycle doesn’t necessarily mean you have to go with a model that’s 20 years old to save money. You could easily buy one that’s only a couple of years old and still take advantage of the incredible price break that comes with veering away from brand-new models. Don’t forget about the many extra fees that come with purchasing a new bike, either. Depending on the dealership, your location, and several other factors, those could range from $1,000 to $2,000.

Is it better to buy a new or used motorcycle where upfront costs are concerned? Used is definitely the more affordable alternative. While buying a used motorcycle from a dealership comes with certain added expenses, they won’t be quite as lofty as those associated with new models. You’ll pay less for the bike itself as well as all the added fees.

This is another element of saving money by buying a used motorcycle. When you purchased a new bike, you’re automatically paying at least 10 percent too much because it’s going to lose about 10 percent of its value as soon as you ride away from the dealership. If you pay $20,000 for a new bike and decide to sell it a week later, you’ll only be able to get $18,000 for it at best. That’s only the beginning.

From there, motorcycles lose about 10 percent of their value per year. While there’s a point at which they may begin to gain value again, that doesn’t happen for several years. Even then, it only applies to certain models and circumstances. Why pay the extra cost for a new motorcycle when it’s only going to lose much of that value over time?

Is it better to buy a new or used motorcycle in terms of long-term value? Well, you’ll definitely lose less money when you choose a used bike. Older bikes depreciate, but not nearly to the extent of new ones.

Now, let’s take a look at the long-term costs of owning a bike and if it’s better to buy a new or used motorcycle in that respect. Numerous aspects come into play here. For one, the taxes on a new bike are far higher than those on used ones. As vehicles age, bikes included, their state taxes gradually drop in proportion. Each year, you’ll pay a little less when those annual tax assessments and tag renewals roll around.

Insurance coverage is also a consideration. Numerous variables factor into the cost of motorcycle insurance, including the type of bike you own, your age and driving record, and where you live to name a few. The age of the bike affects the cost of coverage as well. Older bikes cost less to insure. Is it better to buy a new or used motorcycle where insurance providers are concerned? Again, the answer is used.

This point may cause most people to raise an eyebrow. After all, new bikes don’t require nearly as much maintenance as older models, right? That may be true initially, but it doesn’t last forever. Even brand-new bikes are going to need maintenance in the long run, and their demands grow over time.

Be sure to look at the bigger picture here, too. New bikes are being equipped with numerous advanced features. As is the case with other vehicles, digital advancements and computer chips are becoming the norm.

Automatic clutching and shifting are becoming increasingly common for bikes. Automated adaptive lighting is entering the mix. Ongoing advancements in braking systems, tire pressure sensors, and a range of other advancements are coming into play, and as time goes on, those features will become ever more integral. All those new bells and whistles certainly help make motorcycles a bit safer. Operator-assist and comfort features are being added to the list as well.

Is it better to buy new or used motorcycles from this perspective? If you’re looking for technology and advanced features, you’d be better off going with a new model. Still, few people have considered the long-term costs of maintenance for all those add-ons. Each new feature on a bike is something else that could go wrong down the road. Those maintenance and repair costs will add up over time.

Is it worth buying an old motorcycle in light of all the new advancements on the market? When you look at the matter from a long-term perspective, it certainly is. Used motorcycles may need more maintenance from the beginning, but their technology is fairly basic, and there are fewer potential issues to arise in the future. Is it better to buy a new or used motorcycle to save on maintenance costs? New may be superior now, but used will undoubtedly excel in the long run.

Used Bikes Are Already Broken In

Think about your favorite pair of shoes. It probably wasn’t your favorite pair when you first bought it. In the beginning, the shoes were stiff and unforgiving. They weren’t molded to the shape of your foot, so they might’ve squeezed your toes and rubbed blisters on your heels. You couldn’t even slip them on without untying them. They were clean and pristine, but they weren’t broken in. All that changed over time, though.

This concept can also be applied to motorcycles. Are new motorcycles better than used when it comes to a perfect appearance? They may very well be. New bikes that are absolutely free of scuffs, tiny dings, and road grime in their hard-to-reach nooks and crannies certainly have their own allure. Still, that’s only one piece of the puzzle.

New bikes also have their fair share of issues. Their suspension is often tight and stiff. Their seats are rigid and unyielding. In some cases, the brakes and throttle are a bit difficult to manage, and their kickstands aren’t as easy to flip down as they could be.

With used motorcycles, all those issues have already been worked out. They may have a scuff here and there, and the leather may be a bit weathered, but they have a more comfortable, user-friendly aura. Is it better to buy a new or used motorcycle from the perspective of comfort and nostalgia? Used models have a way of exuding that relaxed, broken-in feel that makes the ride that much more enjoyable.

Who Is It Better to Buy a New or Used Motorcycle from?

Obviously, you’ll need to go to a dealership for a new motorcycle. If you find an individual who claims to be selling a new bike, something’s probably fishy. Remember, even if the bike was only ridden from the dealership to the owner’s home, it’s still considered used.

Chances are you’ll pay less if you buy from an individual than from a dealership. Of course, you can’t be sure of what you’re getting from an individual. Say the bike in question doesn’t appear to have a scratch on it, and it runs beautifully when you start it up. That’s not necessarily an indication of a great bike. Its motor could’ve been rebuilt by someone who has no mechanical experience, and the body may have been wiped down with WD-40 to temporarily hide the scratches.

When you purchase a used motorcycle from a dealership like us, you can rest assured that bike maintenance has been carried out, and it’s in optimal shape. That’s a guarantee you just can’t get from an individual. Many people ask, “Are older motorcycles reliable?” They are when you get them from the right sources and continue to take care of them after the fact.

Is New or Used Best for Someone’s First Motorcycle?

At this point, you may be wondering, “Should I buy a new motorcycle for my first bike?” If this is your first bike, you probably don’t quite know which manufacturers, models, and styles you like just yet. Figuring out the most comfortable setup for you, the type of handling you prefer, and other aspects takes time and experience.

Is it better to buy a new or used motorcycle for your first bike? Used bikes are recommended for first-time owners. You can upgrade to a newer model once you know what works best for you. Of course, you could still go with used ones even then.

Take Advantage of All the Benefits Used Bikes Have to Offer

All things considered, is it better to buy a new or used motorcycle? Though purchasing a sparkling new bike is an exciting prospect, you could fare better with a used model. Used motorcycles give you numerous ways to save money as well as the added comfort and advantages of already being broken in. If you get them from the right sources, they’re every bit as reliable a

105 Motorcycles to Choose From