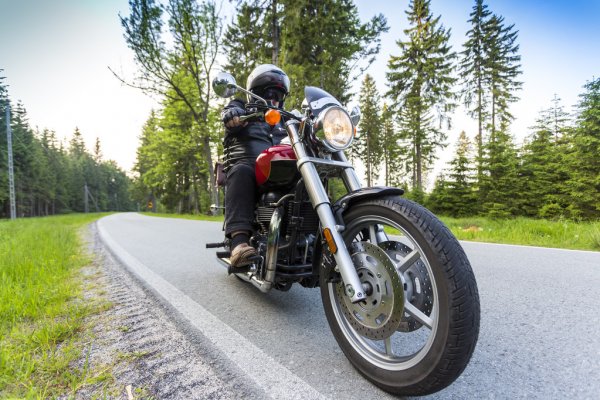 The last thing you want to do while riding a motorcycle is making a mistake. Mistakes are what happens when bad habits form. Much like with driving a car, riders pick up bad habits as confidence grows. All the practice and techniques learned to take a test go out the window. Bad habits are a part of being human, but it doesn't mean they should stick around.

Motorcycle safety is so important, so it's essential to think about how your bad habits might cause you harm. Some bad habits cause more havoc than others, but the thing about habits is they're easily changed. Below are some of the worst habit’s motorcyclists have and why they need to stop.

It's fine to ride an old bike so long as you take proper care of it. Older bikes require more TLC because parts will have worn down and can potentially pose a safety risk. If you're going to buy a used motorcycle that's slightly older, ensure you're checking for rusting, broken parts, or structural damage. Buying a used motorcycle is the only option for many riders as brand-new motorcycles are extortionate. Think thousands of dollars. Taking care of an older bike will ensure it's safe to drive, it's economical, and that it will last you years to come.

How To Fix It: There isn't necessarily a fix to this. There is nothing wrong with riding an older bike if you focus on choosing the right bike. A good bike will have minimal wear and tear, a low mileage, a service history, and a log of any repairs. Those are the key things you should be looking out for.

Coming in at number 1 in the bad habits chart, leaving safety gear hung up and heading out onto the open roads with casual clothing is a no go. It's easy to see why riding gear might not be the priority. It's heavy; it's annoying to change in and out of, and sometimes life just moves quickly to have the time to put it all on.

There's a reason it's called safety gear, believe it or not. Safety gear can and will save your life. The federal government estimates that wearing a helmet alone reduces the chance of a fatal injury by 37%. Statistic says there is a one in one hundred chance of being involved in an accident, so it pays to be prepared.

How To Fix It: Ensure you're riding with full leathers, boots, a helmet, and gloves. For an added layer of protection, purchase a rider’s camera to attach to your helmet. A rider’s camera has become essential for many motorcyclists.

Knowing your limits is so important. Some motorcyclists have a higher limit than others because of skill, experience, and education. Over time your limit will increase, but it's still crucial to not push the boundaries.

Push the limits more in a safe setting, perhaps at a track day where officials can guide you towards safety if you're pushing the limit too much. The skill limit is not the only limit to consider. Motorcyclists must consider traction limits to keep control of the bike. No amount of skill can recover a bike that begins to slide due to loss of traction.

This then leads to the limit of the bike. Depending on the type of bike you're riding, you can push your bike to the limit by taking corners too sharp, accelerating or braking too harshly, or driving without care and attention. All it takes is a car to pull out or a child to run out into the road, and you're in trouble.

How To Fix It: Driving safe and sensible is the quickest fix. You'll know if you are a limit pusher if you're always in race mode, if you take risks on the road, or if you say to yourself often, 'that was a close one'. Don't underestimate the roads and take the time to ride under your limit. Doing so will keep you safe and keep your bike in excellent health.

Forget to check your mirrors just once, and you could end up into the side of someone. You're leaving no reaction time if something goes wrong. You either swerve into oncoming traffic, or you swerve back into your lane. All this happens within a second or two at the most. Do you have the reactions to cope with that?

How To Fix It: Stay in your lane. There's no easier way to say it. Reducing the chance of a collision is easy if you stick to one lane, aside from when you need to change lanes, of course. Changing lanes should be done in a controlled manner, using mirrors and signals to ensure your safety.

Tailgating is a bad habit that most experienced drivers pick up. As experience and confidence increase, it seems more viable to drive close to the vehicle in front to try and pressure it to go quicker. Speeding and tailgating usually go hand in hand, and it's a recipe for disaster.

You may be the most confident driver in the world, but if the vehicle in front of you breaks sharply and you're right behind it, you're either going under or over it. Tailgating cuts down your reaction time dramatically, mainly because you're leaving no space between you and the vehicle in front to react.

How To Fix It: Just. Don't. Do. It. It's as simple as that. Tailgating is dangerous on its own, let alone when it's combined with speeding. Tailgating and speeding don't wash with the law, so you can expect a ticket if you get caught. Maintain enough distance so that you have at least two seconds to react to any chance to the road in front of you.

The above habits are just the tip of the iceberg. Riding a motorcycle is so dangerous, and the roads deserve your respect. Take the time to reduce your bad riding habits to keep yourself and others safe.