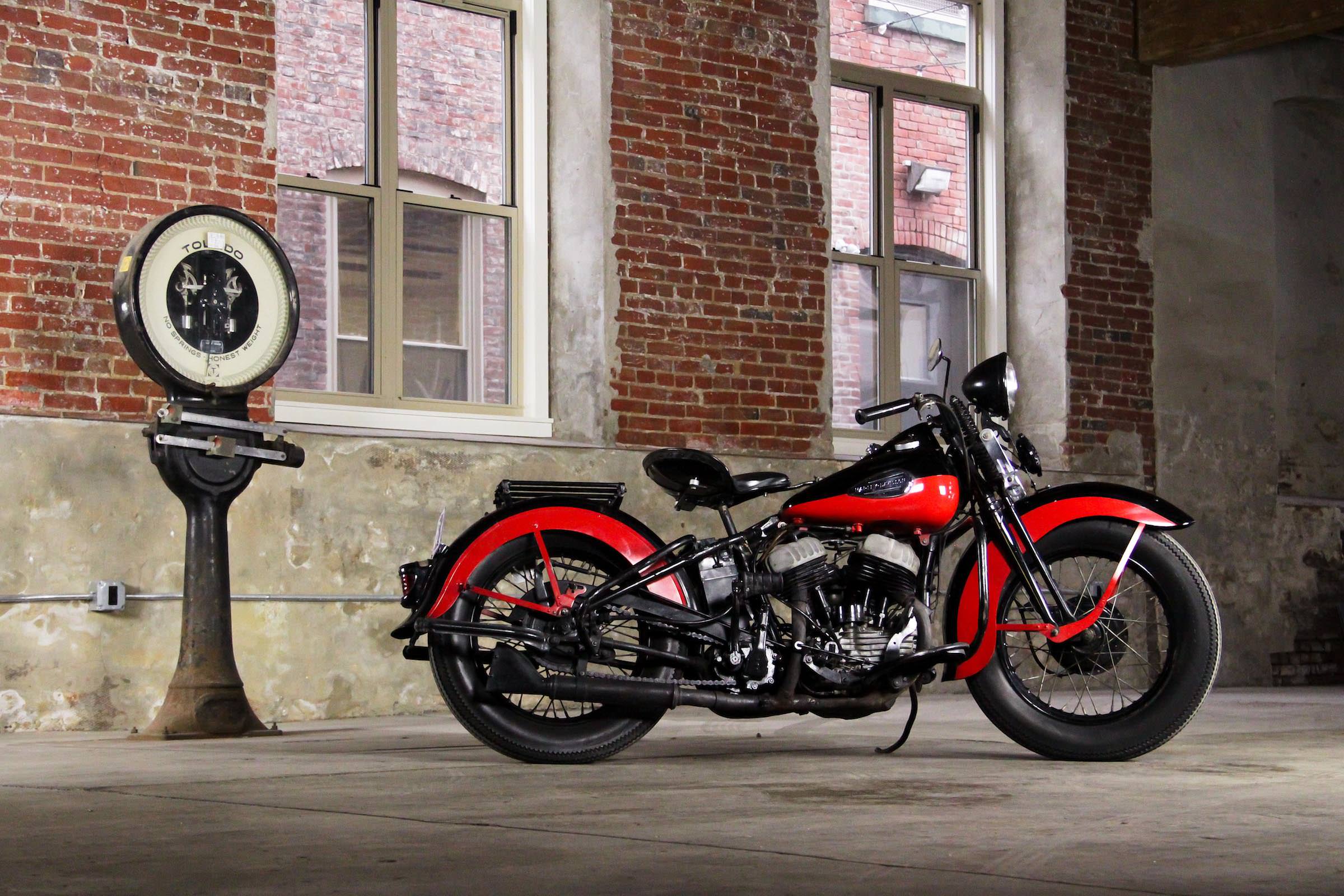 Harley-Davidson has grown to become a world-renowned name in the motorcycle industry. At this point, you’d be hard-pressed to find someone who hasn’t heard of the brand in at least some capacity. Many members of the biker community are completely loyal to the brand, swearing off all other manufacturers. Others strive to someday work their way up to owning a member of the Harley-Davidson lineup.

A Brief Look Back in Time

In light of Harley-Davidson’s current level of glory, it’s difficult to imagine a time when it wasn’t the world-famous name it is today. Still, the company started off on a small, humble scale just like most global brands do. From a historical sense, Harley-Davidson’s story began back in 1903. That’s when William S. Harley and Arthur and Walter Davidson started their quest to build a motorized bike to market to the masses.

At the time, they worked on their plans and prototypes in a backyard shed. Their first working model was essentially little more than what we know today as a pedal-assist bike, but they had their sights set much higher. Each new model they developed was an improvement on the last, and within just a couple of years, they started gaining acclaim. In 1906, they transitioned from their small shed to their first factory, and things took off from there.

Exploring the Most Impressive Members of the Harley-Davidson Family

Over the years, Harley-Davidson has produced numerous makes and models of motorcycles. They’ve created a vast range of engines and frames built for riders of all sizes and preferences. While Harley fans tend to have strong opinions regarding which models are the best of the best, some tend to stand out in the crowd. According to quite a few critics, riders, and history buffs alike, the following classic Harley motorcycles are the absolute best models ever made.

One of the relatively recent models on Harley-Davidson fans’ list of favorites is the 2012 FLHR Road King. While the Road King design first appeared in 1994, it underwent numerous modifications over the years. When the 2012 version came out, it held true to the look and features that initially set the bar for both bikers and manufacturers. Of course, this particular model stands out for several reasons.

For one, this iconic touring model featured an impressive 1690cc twin-cam 103 engine and a six-speed cruise-drive transmission to give it plenty of power for road trips. It also boasted 42 miles per gallon, anti-lock brakes, and electronic cruise control to name a few of its strong suits.

On top of all that, the 2012 FLHR Road King offered a level of customization that was virtually unheard of. It had a detachable windscreen, and its rear suspension was adjustable to meet the needs of the rider. Those are some of the most notable attributes that help place this model at the top of the list.

Harley-Davidson introduced its CVO, or Custom Vehicle Operation, in 1999, giving riders an entirely new level of freedom in personalizing their bikes. From there, their Softail Convertible started making headlines in 2010. Just two years later, their CVO Softail Convertible was introduced, and it further raised the bar in the eyes of countless bikers.

This model appeals to riders on many levels. It can be considered a cruiser or a touring bike depending on how you look at it or how you customize it as the case may be. Its windscreen, rear passenger seat, and backrest are removable, but that’s only part of what makes it so alluring.

With a lightweight frame and a seat height of only 24.4 inches, it’s a perfectly suitable choice for women. Those features also make it a nice option for new riders and men with smaller statures. Despite its smaller size and lighter weight, it’s still a force to be reckoned with in both appearance and performance.

Appearance and riding position were the focal points of the 2009 FXSTB Night Train. It has an extended front end that not only enhances its looks but adds to its cruiser image. At the same time, its blackout effects have the power to turn heads no matter where you go. When it was introduced, buyers could choose different levels of black and chrome to further ramp up its appearance.

Per factory specs, the FXSTB Night Train featured a 1584cc twin-cam 96B engine and a six-speed cruise drive transmission. It wasn’t the fastest model on the road at the time, but it certainly didn’t fall short on power. Of course, when your bike looks that good, why wouldn’t you want to slow down a bit to show it off?

Another classic favorite in the Harley-Davidson family is the 2009 FLHT Electra Glide Standard. This bike isn’t necessarily the flashiest model on the market, but it offers plenty of performance and reliability. As is the case with other memorable Harleys, it came with a six-speed cruise drive transmission. It was also equipped with a 1584cc V-twin engine. Together, the pair could generate 96.6 ft-lb of torque.

By 2001, Harley-Davidson was approaching the 100-year mark. Celebrating a century in production is a milestone for any type of company, but there was a bit of trouble on the horizon. Harley-Davidson was distinctly an American icon at that point. Certain foreign motorcycle manufacturers were becoming popular in the American market as well as abroad, but Harley hadn’t really made a name for itself elsewhere. As fate would have it, the 2002 VRSCA V-Rod would turn the tables.

In 2002, Harley-Davidson added its new 1130cc Revolution engine to the V-Rod. Built in conjunction with Porsche, this engine generated 115 brake horsepower and 74 ft-lb of torque, so speed and performance were among its key features. Of course, the looks of the VRSCA V-Rod only sweetened the pot. This model appealed to bikers across the globe and helped the manufacturer to maintain its position in the American market.

Harley-Davidson’s signature Fat Boy was launched in 1990, and it was a classic right off the bat. In fact, it’s the image quite a few people conjure up when they think of the brand in general. Based on the already-popular Softail design, this cruiser landed in a class all its own. It offered virtually everything countless riders were looking for in a bike and still does.

Appearance was one of the Fat Boy’s many strong suits as it had a tough, commanding look. It’s a bit heavier than some other models, but its 80 cubic-inch, 1340cc V-twin engine was perfectly capable of handling the load. Despite its weight, its low center of gravity made it fairly easy to handle. On top of that, its design centered on comfort for longer rides.

Up to this point, we’ve been looking at fairly recent models. Earlier members of the Harley-Davidson family shouldn’t be left out of the mix, though. One of the most impressive of those was the 1958 Duo-Glide; after all, it helped to revolutionize the world of motorcycles in a few ways.

One of the Duo-Glide’s key features was its suspension. Earlier models didn’t exactly offer the most comfortable of rides, but Harley-Davidson set out to change that. As a result, the 1958 Duo-Glide was the first to have actual rear suspension that could be adjusted a bit to suit the preferences of the rider. It still featured the standard sprung seat that previously helped to soften the blow of the ride, though.

Before 1940, Harley-Davidson produced a model known as the WL. It was a basic bike for the people and was known for being reliable, durable, and easy to fix on the go. Those attributes were highly appealing to the military as WWII was raging at the time. Because of that, Harley-Davidson created the WLA for strictly military purposes.

Modifications were made to the original WL design to make the WLA even more suitable for military use in harsh conditions. Harley-Davidson’s 45 cubic-inch engine was incorporated into the WLA’s design, and models were shipped to numerous military divisions in various countries. It was deemed the bike that won the war and became known as the Liberator. While you may not readily find these models for sale, they definitely deserve recognition.

Going even further back, the EL Knucklehead made its appearance in 1936. It brought several firsts to the world of Harley-Davidson motorcycles as well as bikes in general. Many of the changes made to this model revolved around the looks of the bike with a two-tone paint scheme and a completely modern frame, fender, and fork design for its time.

Power also came into play with the creation of this model. It came with a 1000cc, 61 cubic-inch engine, a new design that amped up the bike to 40 horsepower. By today’s standards, that’s not very impressive, but it was amazing for that time. Though the engine was prone to oil leaks, several modifications were made to help solve the problem.

Some people may raise an eyebrow at this model, but it’s absolutely one of the most significant motorcycles not only in the Harley-Davidson lineup but the world of bikes in general. Created in 1915, the 11F set an entirely new standard for motorcycle manufacturers. Numerous innovative features made this model stand out, including an automatic oiler and larger-than-normal intake valves that helped to generate 11 horsepower. That was jaw-dropping back then.

In addition to those features, the 1915 11F was equipped with an electrical system and a three-speed sliding gear transmission. It also had a taillight, which was a new option for motorcycles at the time. This model was key to the future development of the Harley-Davidson name. Interestingly, it originally sold for less than $300.

Harley-Davidson has released a long list of models over the years. It’s also responsible for many of the revolutions that have taken place in the world of motorcycles. Those are a few of the reasons this manufacturer has achieved worldwide fame. No doubt, the Harley-Davidson name will live on, and a range of additional models will be added to the list during the years to come. 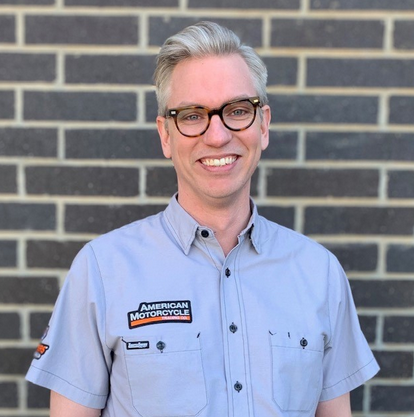 237 Motorcycles to Choose From