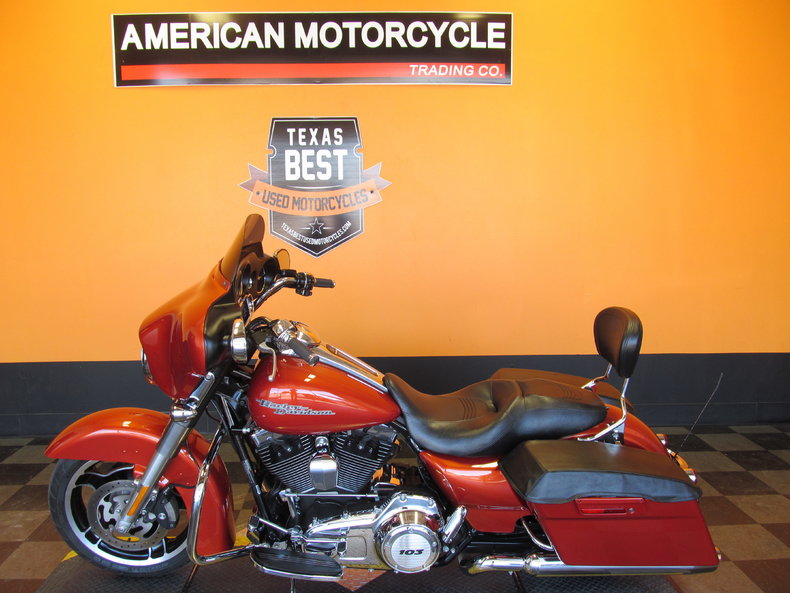 The 2009 Harley-Davidson Street Glide FLHX is dressed down to look long, low and lean, with a smoked mini wind deflector, a batwing fairing, and streamliner floorboards. The platinum color, powder coat, tri-line LED illumination, and plenty of chrome bring this bike well into the 21st century. The Harley-Davidson Street Glide FLHX comes with plenty of customization, including an extended fuel tank console housing, a Harman/Kardon Advanced Audio System, optional electronic security system, and top-access saddlebags.  The Street Glide is just at home on the open highway as your local boulevard.

In 2009, Harley Davidson offered many updates to the touring bikes, making the 2009 Harley Davidson FLHX Street Glide a great choice.  You are getting a lot of bike for your dollar.  You’ll turn heads wherever you go on a stylish 2009 Harley-Davidson Street Glide FLHX. Contact American Motorcycle Trading Co. and choose your dream bike today. American Motorcycle Trading Co. puts you in the rider’s seat.  You have the Freedom to Choose!

180 Motorcycles to Choose From